I wish I could shrink down, just small enough to fit inside my brain so that I could do a little tune up. Not a full shut-down-reboot, just a little work. I’m not expecting or even hoping for the agility of my younger self, but a pinch of coordination and a dash of refinement would be nice to carry me into the next decade of life.

The first stop on the maintenance tour would be the eyes. The vision system is a complex 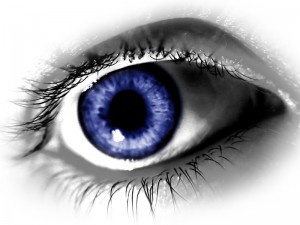 and delicate operation that would require great care during a tune up. I’d be careful not to fiddle too much, just make a few adjustments. I’d gently pry open the lens and give it a quick clean. Images would come through crisp and clear like looking through a freshly washed window as you roll out of the carwash. After that, I’d do a bit of tightening to the ciliary muscles; a turn or two would do to pull the lens into tender tautness. Images, recently blurry without the aid of reading glasses, would come into perfect focus once again.

From the eyes, I’d surf the neural pathways back to the cerebellum. Here, I’d find the broken connections and battered neurons that connect to the arms and legs. With magical duct tape and gorilla glue I’d hook up those lost connections that once allowed me to dance with rhythm and to smash a zinger of a ping pong ball across the net. The whole system has not collapsed, it has just lost its efficiency. Direction, extent, force, and timing are no longer at peak performance. With a few repairs on the cerebellar highway, perhaps I’d no longer trip going up the stairs.

Now when someone says to me: “Hey, we should take a vacation to Hawaii.” My amygdala hollers out:”No, flying is dangerous, volcanoes explode, the sun will cause you cancer!”

After the cerebellum is humming like a well timed engine, I’d slide down the hippocampus to the amygdala. One of my favorite anatomical words, it’s a tiny structure deep in the center of the brain. It’s main function is the perception and regulation of fear. Maintenance on the should-be almond shaped structure might take some time. I’m pretty sure that instead of getting a nice small pair of amygdalae, I got two softball-sized whoppers. My overactive amygdalae have been flexing their fear-muscles for decades. They have hypertrophied into brawny, rigid, controlling entities. Now when someone says to me: “Hey, we should take a vacation to Hawaii.” My amygdala hollers out:”No, flying is dangerous, volcanoes explode, the sun will cause you cancer!” All this occurs before I can conjure up even one beautiful image of a waterfall or white sand beach. With my tune up tools I would carefully remove the overgrown and useless sections of the amygdala and return it to it’s normal size. Just big enough to keep me from jumping into the lion exhibit at the zoo, but no longer stopping me from taking a few, calculated risks.

With my tools packed up and debris cleared away, I’d be ready to leave the brain. The changes might not be outwardly recognizable, but to my former self, the change would be palpable. Life with a little better clarity, an improved sense of precision, and a lot less fear might open up all kinds of possibilities. Anyone want to dance?